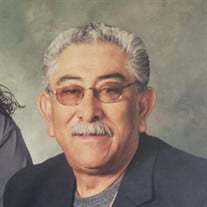 Hector Hernandez, a founder of Tracy’s first soccer club and a resident for more than 60 years, passed away on December 19 of complications from Covid-19. He was 85. Hernandez was born on June 16, 1935, and was raised partly in Tijuana, Baja California. In 1953, at around age 16, he moved to Tracy and he never left. By 1965, he helped start the Tracy Football Soccer Club, one of his proudest achievements in decades of supporting youth and amateur sports. Hernandez first worked in the agricultural fields before becoming a truck driver. He eventually became a trucking instructor and opened his own business, the H&H Truck Driving School. Hernandez was a diehard fan of the Miami Dolphins, the Chivas in Mexico, professional boxing, and the World Cup tournament. He also enjoyed taking his wife Herlinda out to dance, as well playing pool, poker, chess, and the congas he enjoyed watching western movies, gangster movies his favorite the godfather Hernandez was also an enthusiastic writer and proponent of civil rights. Hector Hernandez is survived by his wife of 46 years Herlinda Hernandez; children Hector Jr., Frankie, Tony, Henry, Diana, Brenda, and Andrew; step-daughter Cathy Sausau; brother Sergio Hernandez of San Diego; many grandchildren, great-grandchildren, nieces and nephews. He is preceded by his brother Raul Hernandez of San Jose; children Mary Hope and Fernando; step-daughter Noreen Rodriguez; daughter-in-law Myrna Hernandez; his parents Esperanza Guerra and Tomás Hernandez, and step-father Vicente Higuera. “He was very old school in his ways, one-of-a-kind, one of the strongest men I’ve ever known,” said son Andrew Hernandez. “I know you’re watching over us. You are always going to be very well respected. You were very important to a lot of people and loved by many. I just want you to know that you were a Tracy OG legend.” The Hernandez family would like to thank everyone for the love, prayers and support during the difficult time. It was greatly appreciated. A celebration of life is pending for a future date.

Hector Hernandez, a founder of Tracy&#8217;s first soccer club and a resident for more than 60 years, passed away on December 19 of complications from Covid-19. He was 85. Hernandez was born on June 16, 1935, and was raised partly in Tijuana,... View Obituary & Service Information

The family of Hector G Hernandez created this Life Tributes page to make it easy to share your memories.

Hector Hernandez, a founder of Tracy’s first soccer club and...

Send flowers to the Hernandez family.