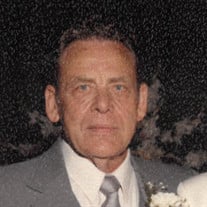 Lynn Lowell Jackson, a longtime resident of Tracy California passed away peacefully Tuesday, November 12th at 5AM. Mr. Jackson was born July 31st, 1923 in Olustee, Oklahoma to John and Faye Jackson. Lynn Jackson was the 3rd of 5 children. Mr. Jackson had 4 sisters: Myrle Aston of Tracy, Wilma Edwards of Manteca, Betty Wright of Manteca and Ina DaCosta of Manteca. Mr. Jackson grew up in Oklahoma during the Great Depression and The Dust bowl. His Father ran a Cotton Gin in Olustee and as a young boy Mr. Jackson spent time helping with chores which sometimes included picking cotton for 5 cents a bushel. When he was 17 years old he graduated from High School in Olton Texas and then joined the Navy. His enlistment into the Navy was at the beginning of the United States entry into World War II in December of 1941 and because of his young age the Navy refused to send him into combat. The Army however was happy to enlist Mr. Jackson and trained him in Corona, California under the United States Army Medical Corps as a Surgical Specialist. It was during this time training as a Surgical Specialist in Corona that Mr. Jackson met and fell in love with Emma Jean Maxwell. They met by chance at the Movie Theater where Emma Jean worked. Mr. Jackson and Miss Maxwell were married before he shipped out for active duty in the Pacific Theater; they were happily married for 71 years. While serving in the Army Medical Corps during world War II Mr. Jackson traveled to Australia, New Guinea, The Netherlands, East Indies and Luzon working to establish and operate Portable Surgical Hospitals (PSH) which were the precursors for the Mobile Army Surgical Hospitals (MASH). He undoubtedly helped save thousands of lives during his 3 years of active service in the Army’s Medical Corps. After receiving a Purple Heart with a Medical, Honorable Discharge; The Jacksons settled in Tracy California, raising 2 daughters, Donna Jean and Lynda Ann Jackson. Mr. Jackson worked at HJ Heinz Company when first arriving in Tracy before taking a position at Lawrence Livermore Lab. While employed at Lawrence Livermore Lab Mr. Jackson earned an AA degree in Optical Engineering. As a Senior Mechanical Technician, Mr. Jackson’s contributions, machining parts for optical equipment was crucially important on many projects including: Tori 2 AC, The Salton Sea Gas Turbine and other projects that were linked directly to the Space Program. Mr. Jackson retired from Lawrence Livermore Lab in 1980. Mr. Jackson is survived by his sister, Ina DaCosta of Manteca, his daughters, Donna Silveira of Tracy, Lynda Jackson of Manteca and grandchildren: Leanna Granillo, Joey Silveira, Lisa Perchaz, Kelli Nance and Dirk Byassee. Mr. Jackson had 8 great grandchildren and 5 great, great grandchildren and was well loved by all. A Graveside Service will be held for Family and Friends at Tracy Memorial Cemetery at 1:00 PM on Monday, November 18th.

The family of Lynn L. Jackson created this Life Tributes page to make it easy to share your memories.

Send flowers to the Jackson family.