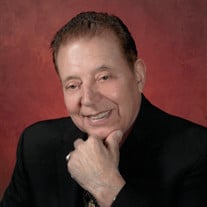 Manuel da Silva Leonardo Manuel da Silva Leonardo passed away on Thursday, February 6, 2020 at his home in Tracy, California , surrounded by his family. Manuel was 83 years old. Manuel was born in Porto Judeau, Terceira, Azores, Portugal on April 8, 1936. His mother, Maria Angelina da Silva and father Mateus Gonçalves Leonardo raised their son Manuel along with 5 brothers and 1 sister. He worked hard from a very young age with very little formal schooling. He served in the Portuguese military for 2 years prior to his marriage. He didn’t own his first pair of shoes until his wedding day in 1960. Manuel married the love of his life, Georgina Borges Toste and moved to Rio de Janeiro, Brazil with their first child, Jorge, in 1962. In Brazil, Manuel learned the trade of meat cutting. Their second son Joe, was born in 1967. They came to Tracy, California in 1969 and established citizenship in the 70’s. Kim arrived in 1970 and Jerry in 1972. Manuel was first and foremost a family man. He was very proud of his family and made many sacrifices in order to provide every opportunity for their success. He was a wonderful husband, father, grandfather, and great grandfather. The pride Manuel took in his ceaseless hard work was displayed when he would talk about how he always had a job and worked to support his growing family. He worked as a meat cutter for many years and as a dairyman to earn extra money. Manuel was a natural farmer and loved to work in the yard growing his own food. He was especially knowledgeable with growing and grafting fruit trees. He loved to tell stories about growing up in the old country and had a wonderful sense of humor and a sweet and gentle nature. He and Georgina were very involved in St. Bernard’s Catholic Church, donating many hours of their time and hard work, and the IPFES (Portuguese Hall) of Tracy, participating in all of their events for many years and serving as president in 1997. They made trips back to the Açores every summer for the past 30 years, with the last trip being in 2019. They also took time to travel throughout much of Europe and Hawaii. Manuel was preceded in death by children Jorge, Joaõ Manuel & Ana Lucia Leonardo, his parents Maria Angelina da Silva & Mateus Gonçalves Leonardo, as well as brothers Mateus Leonardo, Joe Gonçalves, and sister Angelina Toste. Manuel is survived by his wife of 59 years, Georgina Leonardo, son Joe Leonardo, daughter Kim Leonardo and son Jerry Leonardo, grandchildren Kyle, Kevin, Alexandra, Nicholas, Chayse, Spencer and Nevan Leonardo and one great-grandson, Tristan Leonardo. Siblings remaining are brothers Francisco da Silva, Antonio Leonardo and Joaõ Leonardo. Rosary and funeral services will be held at St. Bernard’s Catholic Church, 163 W Eaton Avenue, Tracy, CA 95376 beginning at 11am on Thursday, February 13, 2020. There will be a reception immediately following services at the Tracy IPFES hall, 400 W 9th St, Tracy, CA 95376. In lieu of flowers, the family requests that donations be made to St. Bernard’s Catholic Church.

The family of Manuel da Silva Leonardo created this Life Tributes page to make it easy to share your memories.

Send flowers to the Leonardo family.