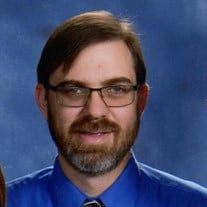 Phillip Dubie, 47, was born at Valley Memorial Hospital in Livermore on June 26, 1973. He lived in Tracy most of his life, moving here in 1977 with his family. Phillip was involved in many local organizations growing up including Tracy Tritons and playing the violin all throughout his time in Tracy Public Schools. In High School he was very active in Interact Club (Jr. Rotary) & the Drama Department, both acting and working behind the scenes. While at Tracy High, he also loved helping design the Homecoming floats. He graduated Tracy High Class of 1991. After High School Phillip continued his studies at California State University Stanislaus studying Violin and Music Education. While at CSU Stanislaus Phillip was an active member and President of Phi Mu Alpha Chapter Nu Zeta, a service driven Music Fraternity, and MENC Music Educators National Conference which promotes Music Education for Students. Starting at just 16 years old while still in High School, all through college, and for several years later Phillip was employed in many roles with Grand Auto/Kragen’s (now O’Reilly’s) in Tracy. He moved throughout the Company working on Store Remodeling Crews with his Dad, and eventually as Assistant Manager and later as Store Manager. He worked at several stores though out our region including Tracy, Lodi, Manteca, Lodi and finally was excited to be the Store Manager of a brand new store in Brentwood. Around 2008, after a brief illness & Heart Surgery, Phillip found his dream job combining both his love of music & innate mechanical skills of repairing cars when Ken Cefalo asked him to become the Music Repair Technician for Main Street Music here in Tracy. Phillip was gifted at repairing almost any instrument that came his way. In 1998 Phillip married his childhood sweetheart Elizabeth. They first met as neighbors at the age of 4 becoming inseparable. They attended Tracy Schools together and later CSU Stanislaus. The couple’s biggest accomplishment is their four children: Michael 19, Katherine 15, Rebecca 13 and Helen 10. The family enjoyed many activities together attending Rennaisance Faires, visiting Disneyland, and camping and traveling to National Parks in their R.V. The family had traveled to the Grand Canyon, Mt Rainer, Yosemite, Lassen and most recently to Mt. Rushmore and Yellowstone National Park. Phillip was an involved and active dad and loved working with his kids on their activities and projects. He was an active member of Tri-Valley Quarter Midget Racing for kids. Phillip helped race Michael and Rebecca, but he also served as the Training and Publicity Director. He also attended many-many soccer events; TYSL, AFC, and West High Soccer Games for our daughters Katherine and Helen. He never missed any of the kids’ music recitals and band concerts. Even with four kids and busy schedules he always made sure we ate dinner together every night. We will miss our dinnertimes together. Phillip is survived by his wife, Elizabeth; children Michael, Katherine, Rebecca and Helen Dubie; his parents Charles and Valerie Dubie; his sister Meghann Dubie; his Aunt & Uncle Chris & Sandra Gustafson; Aunt Karyn Dubie (Keith); Uncle Tomas Dubie; Aunt Dee Dubie; Uncle Donald Dubie (Patty); Uncle Daniel Dubie (Kim); In-Laws Thomas and Deborah Tripp; Sister and Brother in Law Sarah & Ryan Stafford; nieces and nephew Avery, Clark and Addison Stafford; and Step-Grandmother Martha Moffett. He is in preceded in death by his Grandfather in July of this year, Earl Gustafson. In lieu of flowers please send donations to Tracy Interfaith Ministries. A memorial account has been set up for the family at the Bank of Stockton in Phillip’s name.

Phillip Dubie, 47, was born at Valley Memorial Hospital in Livermore on June 26, 1973. He lived in Tracy most of his life, moving here in 1977 with his family. Phillip was involved in many local organizations growing up including Tracy Tritons... View Obituary & Service Information

The family of Phillip Dubie created this Life Tributes page to make it easy to share your memories.

Phillip Dubie, 47, was born at Valley Memorial Hospital in Livermore...

Send flowers to the Dubie family.