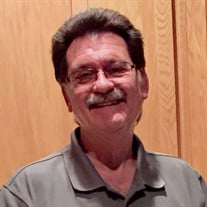 Robert Bruce Hartsinck, 70, went home peacefully to rest on September 19, 2021, with his family by his side in Manteca, California. Bob was born on April 23, 1951, in Berkeley, CA to Frederick James Hartsinck and Muriel Emma Brewis. He was the brother of Linda Gordon and the late Tom Hartsinck. Also, the Stepbrother of David, Jim, and Scott Marshall and Kathy Alexander. He grew up in Castro Valley where he met his lifelong childhood friend, George West. After graduating from Castro Valley High School, he joined the US Navy and served for two years on the USS New Orleans during the Vietnam War (1971-1973). There he met and served with his “brothers”, Ed Herman and Glenn Lopez Bob has four amazing sons that will miss him every day. Mike (Tiffany), Chris (Gladys), Ryan, and Justin. He was very active with Treeview Little League in Hayward and did everything from building the field to coaching some teams. He and Fernando Rios, also known as Mutt and Jeff worked together and became very close friends. The Treeview gang grew into a family and still keep in touch today. Taking his love for baseball a step further, Bob coached for Moreau Catholic High School. There he met Cathy Risser and in 2001 blended their families and added a daughter and two sons, Jennifer (Doug) Dossey, Steve (Shannon), and Michael (Adriana) Risser. Bob was a truck driver, delivering medical supplies, and there he met his fishing and golfing buddies Charles West and Henry McCrory. He shared a love for Raider Football and golfing with his sons, and they took every opportunity to tailgate, laugh and hack. Regular game nights with best friends Bob and Sherri Delgado were rarely missed as the “boys” showed the “girls” just how competitive they were. Bob is also survived by six grandchildren, Adrianna, Mariah and Emma Hartsinck: and Ashlyn, Blake and Liam Risser. Also leaving his cat, Miller, and many nieces and nephews. Bob will be laid to rest at San Joaquin National Cemetery and will always be in our hearts.

Robert Bruce Hartsinck, 70, went home peacefully to rest on September 19, 2021, with his family by his side in Manteca, California. Bob was born on April 23, 1951, in Berkeley, CA to Frederick James Hartsinck and Muriel Emma Brewis. He was the... View Obituary & Service Information

A Lifetime of Love and Memories

Send flowers to the Hartsinck family.