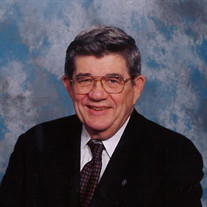 Robert Pierce Helman, known simply as “Bob” and beloved by his family, clients and friends as “a man larger than life”, passed away on July 9, 2020 a few weeks after his 87th birthday. Bob was born on June 12, 1933 in Freeport, Illinois and graduated from West High School in Rockford, Illinois before enlisting in the Illinois National Guard/US Army. He served as a Corporal with the 148th Graves Registration Co in Korea during the Korean War (1951-53). Upon leaving the service, Bob attended DeKalb University, the University of Chicago and Roosevelt University, and on September 8, 1956 at United Church of Hyde Park in Chicago he married Elizabeth Ann Harrison, who became his lifelong partner for 63 years with stops in Chicago, Salt Lake City, Tucson and San Francisco before settling in Tracy. Along the way Bob worked for RR Donnelly, where he started out as a pressman and worked his way up into management, Deseret Press, where he was a salesman, and Arizona Lithographers, where he was president. However, his true love, and his most proud professional achievement, was the successful tax practice that he built and ran for 40 years in San Francisco and Tracy, continuing until a few months before his death. He was generous with the time he gave to his clients and colleagues and his accuracy and attention to detail was legendary. He taught tax courses for H&R Block and satisfied the demanding requirements for enrolled agent status. True to his sense of duty to “give back”, he was an active member of the Big Valley Enrolled Agent Society, contributing to journals with articles on ethics, and was honored by his peers as the “Enrolled Agent of the Year” for the California Society of Enrolled Agents in 2005-06. Bob will be remembered by his family for his interest in sports, his passion for jogging and rock climbing—he was a member of the Chicago Mountaineering Club and the Wasatch Mountaineering Club—his skills as a private pilot and skier and his thirst for information and debate about history and politics. He was an avid reader, his favorite poet was TS Elliot, and sought out ideas on all sides of a matter in order to get at the truth of the matter and engage in spirited debates about all the issues of the day. His membership in The Church of Jesus Christ of Latter Day Saints was paramount to his life, and he served in many church callings /roles within the organization. Above it all, Bob’s family was the most important thing in the world to him. He loved helping family members to solve problems and they knew that he would set aside whatever he was doing to support them and that he would persist until he arrived at just the right answer. He realized that sometimes his answer might not be welcome, or that his advice might not be taken, yet he loved the pursuit of truth and unfailingly loved all of those who looked up to him and admired him All this can be found in his favorite quote from Norman Maclean’s “A River Runs Through It”: “For It Is True we can seldom help those closest to us. Either we don’t know what part of ourselves to give or, more often than not, the part we have to give is not wanted. And so it is those we live with and should know who elude us. But we can still love them—we can love completely without complete understanding.” Bob and Liz together have loved those they have lived with completely, without reservation. Bob spent hundreds of hours working on family history, collaborated with his brothers to fill in the gaps and trained his children to continue to unearth information from many generations in the past. Together they “improved the stock”, as he said in holiday letters, and he will continue to look down on all of them with his favorite scripture in mind: “The Lord bless thee and keep thee, The lord make his face shine upon thee, and be gracious unto thee. The Lord lift up his countenance upon thee, and give thee peace.” He is pre-deceased by his parents Muriel June (Pierce) Helman and Kenneth Fay Helman, his brother Jon Scott Helman, his son James Theodore Helman and his grandson Theodore East Duren. He is survived by his wife Elizabeth and his brother David Lee Helman and his wife Mary; his sister-in-law Darlene Helman; his first cousins Dorothy Helman and Esther Ruth Wilkes; his children Kathleen Elizabeth Gutterman (Alan), Julie Ann Duren (Wayne), John Pierce Helman and Leslie Gayle Duren (Matthew); his daughter-in-law Ana Helman; his grandchildren Susan Prestgard (Brian), Timothy Duren, Thomas Duren (Sarah), Katy Duren, Nathaniel Duren, Alice Duren, William Helman, Abigail Helman, David Gutterman (Natalie), Brian Gutterman (Nisha), Steven Gutterman (Kelly) and Spencer Gutterman; his great-grandchildren Wayne, Clark, Brooke, Abigail, Celine, Mira and Louise; and numerous nieces and nephews. Bob was beloved by many. May he rest in peace and may his memory be a blessing to all who knew him.

The family of Robert Pierce Helman created this Life Tributes page to make it easy to share your memories.

Robert Pierce Helman, known simply as “Bob” and beloved by his...

Send flowers to the Helman family.