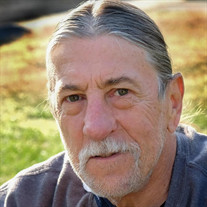 Stephen Thomas Haley, 67 of Tracy, California passed away unexpectedly on Tuesday, February 23, 2021. He was born on June 5th, 1953 in Tracy, California to Frank and Dorothy Haley. Steve was the 3rd of 9 children, attended St. Bernard’s grade school and Tracy High School and was a member of St. Bernard’s Parish. Steve loved skydiving, gardening and building things. Steve was known by his friends as a generous, kind and loyal person. He was an early pioneer in the skydiving community developing canopy stack flying techniques that transformed the sport and are in use to this day. Some of his accomplishments (but not all) include: Flying airplanes, operating a drop zone north of Pope Valley, CA called Crazy Creek. Making notable “base jumps” as in literally running off of the top of Half-Dome in Yosemite, falling precariously close to the edge of the rock face before opening his parachute and gliding to the valley floor. Steve had the distinction of being the recipient of CCR#1 – aka Canopy Crest Recipient #1. Canopy Relative Work was always completed with top docking, meaning parachute canopies would approach another canopy from the top and then dock on the canopy below. Steve, along with his good friend Norton Thomas, developed and perfected the bottom docking method, which has been widely used in the CRW world ever since. Steve would “pilot” the stack of connected parachutes as they grew in size flying in a stable formation in the sky above. Steve was in the first ever 6-stack (6 canopies stacked together). Steve was a Tandem Master. He spent 50 years in the sport of skydiving; 40 years doing Canopy Relative Work. He provided lots of data for a book written about CRW history by a Polish jumper, Pasi Pirttikoski. Pasi mostly used information from Steve’s log book to help him write the book. Steve Haley pushed the limits and lived on the edge, with a zest for life and curiosity that never ended. He was a leader to many and an inspirational hero. Steve is survived by his fiancé Catherine Pinon, daughter Kala Clark [Ben], Steve’s mother Dorothy Haley, his siblings Jean Harper [Vic], Jim Haley, Helen Watson, Mary Bacchetti [Mark], Loretta Haley, Eleanor Santo [Rob], Theresa Stanley [Bill], Ed Haley [Patty] and many nieces and nephews. He was preceded in death by his father Frank Haley in 1975. A Mass of Christian Burial will be held on Friday, March 12th, 2021 at 10:00 am at St. Bernard’s Catholic Church, 165 W Eaton Ave, Tracy, CA 95376 Visitation will be from 3:00 pm – 7:00 pm at Tracy Memorial Chapel, 5 West Highland Avenue, Tracy, CA, 95376, followed by a Rosary at 7:00 pm.

Stephen Thomas Haley, 67 of Tracy, California passed away unexpectedly on Tuesday, February 23, 2021. He was born on June 5th, 1953 in Tracy, California to Frank and Dorothy Haley. Steve was the 3rd of 9 children, attended St. Bernard&#8217;s... View Obituary & Service Information

The family of Stephen Thomas Haley created this Life Tributes page to make it easy to share your memories.

Send flowers to the Haley family.