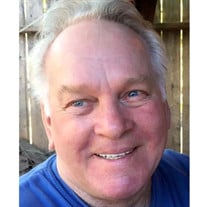 TERRY LEE NICHOLS. Terry Lee Nichols, born in Bakersfield, CA on April 27, 1948, passed away on June 15, 2020 at the age of 72. He lost his battle with cancer while surrounded by his loving family in Tracy, CA, at the home of his eldest daughter. Terry grew up in Fremont, CA, in Niles. He left high school to enter apprentice training to become a journeyman ironworker with Local 378 in Benicia. His mentor, Jacobus ‘Jack’ Vanden Broek (a fellow ironworker), brought him home for a visit, and that is when Terry met Jack’s daughter, Noreen; they married at an early age and had two children together, Michelle Evans, his eldest daughter and Terry Lee Nichols, Jr., his son. After the end of his first marriage, he married Karen Cole Paulson and he helped raise her three children from a previous marriage (Bill, Art & Michele Cole). Terry later married for a third time; he married Shirley Bearce and they had one child together, Heather Nichols, his youngest daughter. Terry and Shirley were married for many years. With more love to give, Terry was married for a short and final time to Carla Herron. Terry loved the ocean and was a certified scuba diver and recreational abalone diver. Incredibly, he once encountered a large pod of humpback whales while scuba diving in Monterey Bay; he spoke of it with great affinity. He also loved to spend time in the country; he was very passionate about horseback riding, fishing, and boating. He loved animals and owned and rode horses for many years. He was an avid league bowler with a love for muscle cars and motorcycles. He would drive his corvette often. He loved to watch sports, his favorite basketball team was the Warriors and the Kansas City Chiefs was his favorite football team. When he retired, he moved to Redding, CA, where he built his house on 5 acres. He enjoyed welding and he took great pleasure crafting horseshoe cowboy sculptures for family. Terry was a loving son, husband, father, brother, uncle, grandpa, and friend. Terry was the son of Duane and Cleo Nichols; he was the third of six children. He was preceded in death by both of his parents, by his brothers, Michael David Nichols and Patrick David Nichols, by his brother-in-laws, Paul Kopp, Mike Lloyd and Michael Murphy, by his sister-in-law, Christine Nichols, by his niece, Jessica Nichols and by two of his ex-wives, Karen Cole and Carla Herron. Terry is survived by his loving siblings, Harold Nichols, Laura Lloyd and Sandy Murphy, by his loving children, Michelle Evans, Terry Lee Nichols, Jr. and Heather Nichols, by his loving son-in-law, Ken Evans and his loving daughter-in-law, Lisa Nichols, by his loving sister-in law, Joyce Nichols, by his former sister-in-laws, Rolayne Nichols, Debbie Aleshire and Julie Kepner, by his loving 5 grandchildren, Ashley Cardona, Kyle Nichols, Spencer Evans, Breanne Evans and Emma Nichols and by his loving 6 nieces and 2 nephews, Dan Nichols, Peg Peter, Evie Nichols, Angela Freeman, Allen Kopp, Kathy Cox, Bridget Murphy and Maureen Murphy. Terry treasured every moment he shared with his loving family and friends and he was extremely proud of them; he valued his friends and family most in life. The family is sincerely grateful for those who gave special care to Terry during his battle with cancer; special thanks to Patty and Danny Martinez of Nampa, ID, for making the long journey to California on many occasions to give support and to Veronica Evans for being there during chemo. Due to the Covid-19 pandemic, the chapel has limited seating capacity, therefore, the memorial will be a ‘family only, private ceremony,’ at the Tracy Memorial Chapel on July 18, 2020 at 1pm. The service will be livestreamed; the link can be found under Terry Lee Nichols’ page at www.TracyMemorialChapel.com/Obituaries

TERRY LEE NICHOLS. Terry Lee Nichols, born in Bakersfield, CA on April 27, 1948, passed away on June 15, 2020 at the age of 72. He lost his battle with cancer while surrounded by his loving family in Tracy, CA, at the home of his eldest daughter.... View Obituary & Service Information

The family of Terry Lee Nichols created this Life Tributes page to make it easy to share your memories.

Send flowers to the Nichols family.