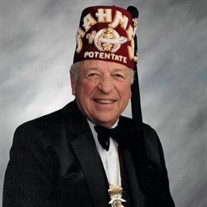 William G. Greelman (Doc) Doc Greelman passed away on Monday, June 29, 2020 in Tracy, California from congestive heart failure. He was surrounded by his loved ones, his lady Charlotte Richardson, Charlotte’s daughter Kerrie, and his daughter Lisa. Born July 18, 1929 in Ogden, Utah to Evangeline Greelman (Koldewyn) and George Greelman. He had two brothers whom preceded him in death, James and George Greelman. He was immensely proud of his Greek heritage and loved to cook Greek style; lots of lemon; lots of oregano. He served in the U.S. armed forces in Korea from 1951 to 1953. He was a medic with the 224th infantry regiment. He was decorated with the Combat Medical Badge-Korean Service Medal with 3 bronze service stars. He served proudly yet kept his service quiet. After his military service he became a firefighter with the Consolidated Firefighters in Contra Costa County and one of the first paramedics in the area. His medic service in the military served itself well, along with his degree in Pre Pharmacy to becoming a firefighter paramedic. He found his passion and purpose in life once he joined the philanthropic fraternal organization of the Masons and later the Aahmes Shiners Temple. The Shriners are committed to community service and have been instrumental in countless projects throughout their domain with a focus on charitable goal of operating 22 Shriners hospital for children. The rules for all hospitals are simple, any child under the age of 18 can be admitted if, in the opinion of the doctor, the child can be treated. There is no requirement for religion, race or relationship to a Shriner; all care is totally free of charge. He became Potentate of the Aahmes Temple, Livermore in 2001 and shortly after served on the executive board of the Shriners Children’s Hospital, Sacramento, California. He loved to ride horses and joined the Mounted Patrol unit of Shriners who are horsemen and enjoy riding in parades and maintaining traditions of the western cattleman; they truly ride so kids can walk. He enjoyed hunting big game, duck, and pheasants with his family; sons and daughters alike, as well as friends, from California to Wyoming. To this day he has a bust hanging on the wall in his office of his first bow and arrow kill of a buck. He was raised to hunt by his father and in turn continued the tradition with sons and daughters. He is survived by his lady Charlotte Richardson, and his children, Linda Hummel, David Greelman, Lisa Erwin and Brent Greelman. He lost his namesake, William (Billy) Greelman to cancer at the very young age of 13. He has four grandchildren; Chelsea Martinez, Somer Gippert, Rebecca Smith and Mallory Erwin-Weiner. He has six great grandchildren, Kirby, Baylee, Aubree, Parker, Rain and Hunter. We are very proud of him and will miss him dearly. The family would like to recognize the generosity, friendship and immeasurable support from Evelyn and Gene Motley.

William G. Greelman (Doc) Doc Greelman passed away on Monday, June 29, 2020 in Tracy, California from congestive heart failure. He was surrounded by his loved ones, his lady Charlotte Richardson, Charlotte&#8217;s daughter Kerrie, and his daughter... View Obituary & Service Information

The family of William George Greelman created this Life Tributes page to make it easy to share your memories.

Send flowers to the Greelman family.